Are you looking for Microsoft Azure training? Would you like to train yourself on the Azure infrastructure, so as to earn an edge in the competitive world of application creation and service providing virtual machines? Well, you have come to the right place. At IQ Stream Technologies, we aim to provide you with proficient Microsoft Azure training for your skill enhancement and career progression.

Microsoft Azure has taken the world by a storm. And for all the good reasons- for it provides you a platform to build and test applications and services on a cloud-based platform. Cloud computing and service-based software development is the need of the hour.
And with the changing times, it became imperative that we were given tools to test, deploy, and manage applications and services. Enter Azure, and with it, the new age of application and tools to manage data through Microsoft-managed data centres.
Microsoft Azure training at IQ Stream allows you to learn from the best of classes available online for the course. We provide you with a comprehensive approach to the learning of the Azure portal, allowing you to expand your horizons in the ever-demanding field of software development.

What is Microsoft Azure training?

What is Microsoft Azure training?

Microsoft Azure is an online cloud-based computing platform, which provides tools and data management modules to help developers in their quest for application creation. It gives the user access to the cloud-based system which allows for testing, managing and deployment of applications and services on the Microsoft controlled data centres.

Further, it also allows for support to various programming languages for application creation. And it also provides tools and frameworks for both Microsoft-based software and third-party software and systems. Microsoft Azure uses virtualization techniques on a large scale, primarily on Microsoft based data centres. Its availability and feasibility are accessible to developers across the globe.

Azure infrastructure provides for virtual machines, ‘infrastructure as a service’ (IaaS) which allows for general-purpose Microsoft Windows and Linux based pre-configured virtual devices for sought-after software packages.
Training in Microsoft Azure shall allow for the information access about the product, as well as providing a dynamic learning platform where you can imitate and implement the practical applications of the services.

With the online classes for Microsoft Azure at IQ Stream, you gain the convenience to study and expand the learning paths for the platform.

We at IQ Stream Technologies provide you with significant resources to you, for a comprehensive learning environment for developing your skills. And we have been doing this for over a decade now. IQ Stream provides with Microsoft Azure free online training for cloud services, cloud computing and machine learning solutions. These classes are available for you to stream it to your devices, two times a week. Since all our lectures are available online, you have the freedom to explore and learn it as per your convenience.

The Azure infrastructure allows for more than 600 odd applications on the platform. And the widespread applications include learning paths for virtual machines and big data management software. Cloud services are an integral part of the resources provided by the Azure certified learning modules.
With IQ Stream, you can opt for the Azure online training which is easily accessible across the mobile or computer platforms. And since you have the option of scheduling the classes, it can easily fit into your busy schedules without you having to set aside dedicated time for the classes.

Microsoft Azure training can allow for you to learn the uses of the platform for computer services such as ‘platform as a service’ PaaS services, website management for developers to build it using ASP NET, PHP, Python and various others, and can also provide with Web-Job applications that can be directly deployed to any application services, for background computing and processing.
At IQ Stream, we have got the Microsoft Azure training for beginners, as well as advanced courses for adept developers. We aim to help the programmers to be versed in the Azure portal, which shall translate into better avenues for deployment and utilization of cloud computing and machine learning applications. The Azure portal also employs mobile engagement for real-time analytics and database management services. Beta-testing of applications is also a feature on Microsoft Azure portal.

You have the option of accessing the Azure training through our online content provided on our website. You can also access the Microsoft Azure online tutorial which allows you to sneak a peek into the world of the Azure certified application management services.
Our comprehensive training program aims to provide you with the knowledge necessary to learn to master the Azure portal, and once you are through with our Microsoft Azure training, you shall be an Azure certification holding individual. And that certainly increases one’s marketability of skills.

Learning paths into the Microsoft Azure portal include storage management software, with implementation and usage of various APIs and internet protocols. At IQ Stream, the Microsoft Azure training that we provide to you shall help you to learn database management services included on the Azure portal such as big data analytics and data exploration, and also scalable data storage services. It also gives you access to a server-less event processing engine for real-time implementation of user data and management.
Data management through the Azure portal also gives you access to the device communication and Omni-channel service-oriented-architecture (SOA). Data management through cloud computing can also be processed for mobile communication. IQ Stream’s Microsoft Azure training allows for an all-inclusive coverage of the multiple facets of the Azure portal.

Once the beginner level, of course, has been learned, you can move on to the complete package of Azure fundamental training, which allows you to dig into functions such as machine learning applications and services. These include services which provide predictive analysis for data management. Big data analytics are also included in the services available on the Azure portal.

With IQ Stream’s online training services, you gain access to the virtual classroom which allows you to schedule your classes at your convenience, and also give you a stimulating learning environment to help you with the ropes needed for the training.

At IQ Stream, we offer you Azure certification courses to allow you to capitalize the upgrade of your skillset in the competitive job front. With our easy-to-access tutorials, you can be sure of the ease with which you shall be able to learn about Microsoft Azure portal.
We at IQ Stream offer three different certification training courses for Azure. These include:

To know more about these courses, get in touch with our support https://www.iqstreamtech.com/contact-us/

Join us now, at IQ Stream for superior services allowing you to learn about the designing and deployment services provided on the Azure portal. During our Microsoft Azure cloud training course, you shall use the learning paths to online cloud computing and machine learning modules. You shall also deal with the course material allowing for big data analytics and real-time cloud services for uses on mobile and a virtual machine and machine learning platforms.
Our Azure certified course offers to give you a chance to learn the practical applications of the service, which translate to the better market presence of an individual or business entity.

You can rely on us for Microsoft Azure Training because:

At IQ Stream Technologies, our experts will help you learn the skills required to develop and manage Azure applications using Microsoft Azure. Our Microsoft Azure Training helps you learn the basics and advanced knowledge of this portal through real-time scenarios and use cases. Apart from offering mock interview questions & practise scenarios to the participants, we also provide resume preparation assistance to help you crack the desired interview.
For more information or to enrol, please contact https://www.iqstreamtech.com/contact-us/

In this module, you will learn about managing your subscriptions and accounts, implementing Azure
policies, and using Role-Based Access Control.

In this module, you will learn about basic storage features including storage accounts, blob
storage, Azure files and File Sync, storage security, and storage tools.

In this module, you will learn about backing up files and folders, and virtual machine backups.
Lessons
 Virtual Machine Backups

Lab : Implement Data Protection
After completing this module, students will be able to:
 Backup and restore virtual machines.

Do you offer Microsoft Azure Training in Bangalore?

Yes, since we are based in Bangalore, aspirants can enrol easily with us for our Microsoft Azure training here. But we aren’t just limited to Bangalore only. Since our courses can be availed online, participants from all over the world can take our courses. For more details, please contact our support.

Will I get Microsoft Azure Development Tutorial and study material?

Can I Avail your Microsoft azure training in Hyderabad?

Yes, since all our training courses are delivered online, you can enrol and take our classes residing in any corner of the country, and even abroad.

What will I learn during Microsoft Azure Architecture Training at IQ?

You will learn about managing subscriptions, virtual machines, storage, resources, and much more. We will also help you gain expertise in building cloud solutions by delivering lectures on the tools and technologies required to get started as an Azure developer. Besides, you will also learn how to create and deploy applications using Azure Container Service and App Service

Iq stream providing best soft skill class.it was very useful for fresher and who are not able to communicate in front of others.i was thankfull to Sidharth for training me and given confidence that I can speak in English.

I had taken Oracle SOA training from Mr. Bhaskar. He is highly experienced and helped us with real time scenarios. The training was very effective. Thanks Mr. Bhaskar for all your support during the training. Learn ASP.NET with IQ Stream Technologies and take your career to the next level. 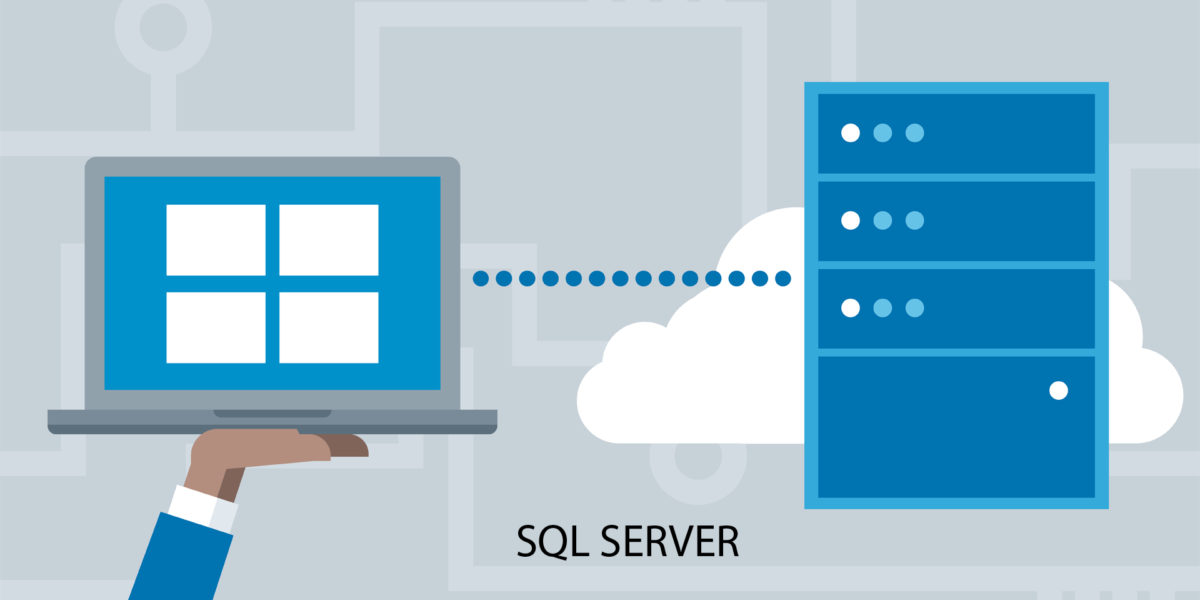 Learn SQL Server with IQ Stream Technologies and take your career to the next level. 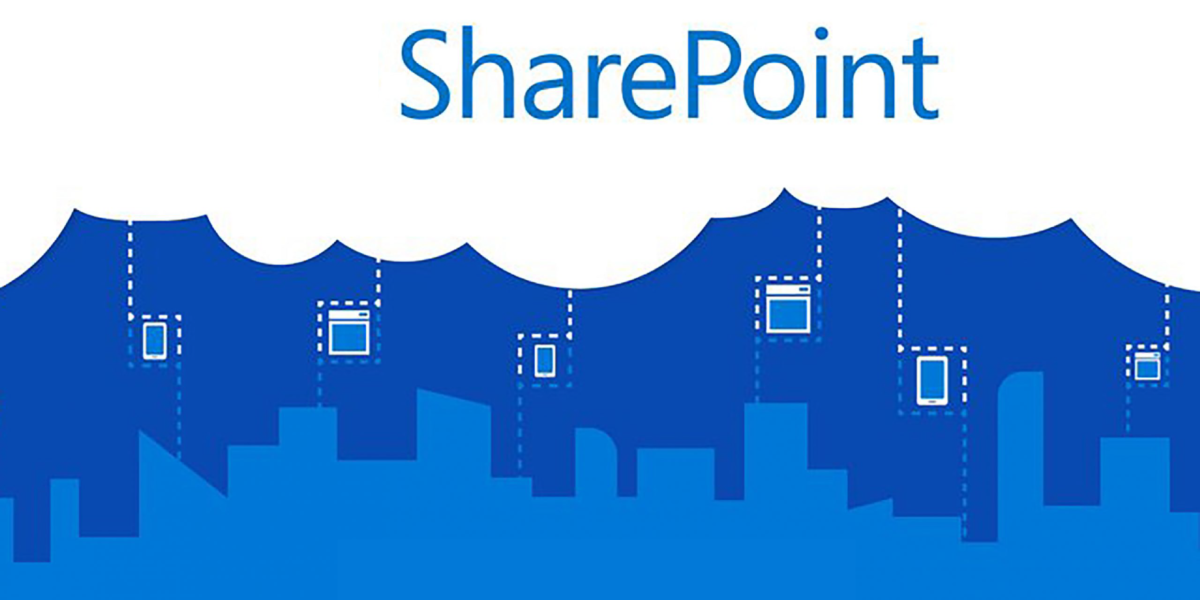 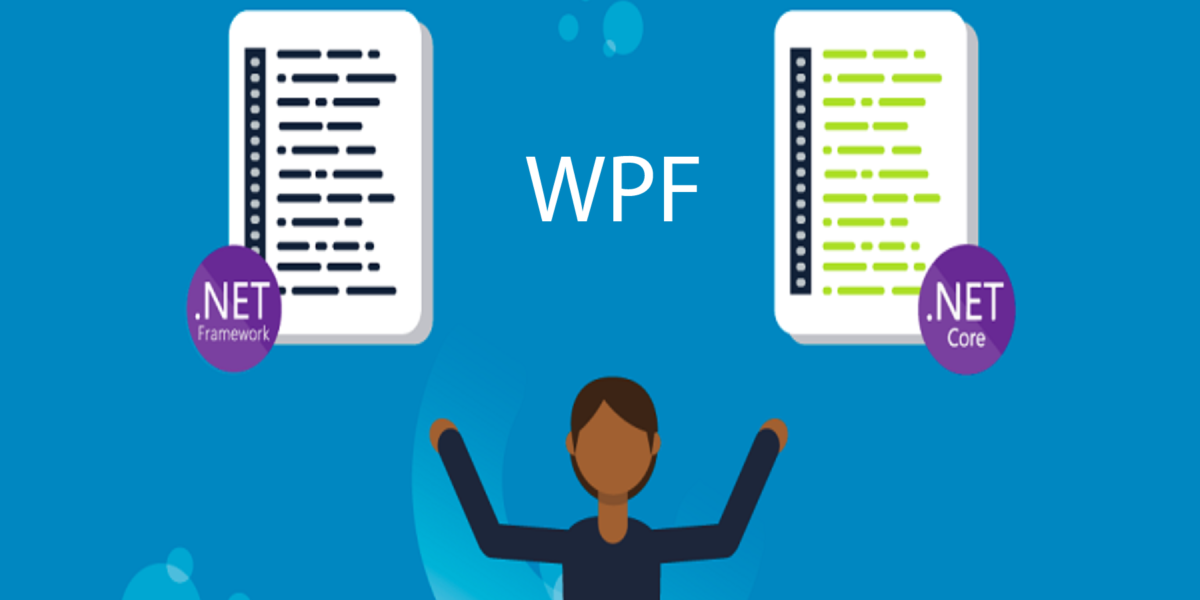 Learn Microsoft WPF with IQ Stream Technologies and take your career to the next level. 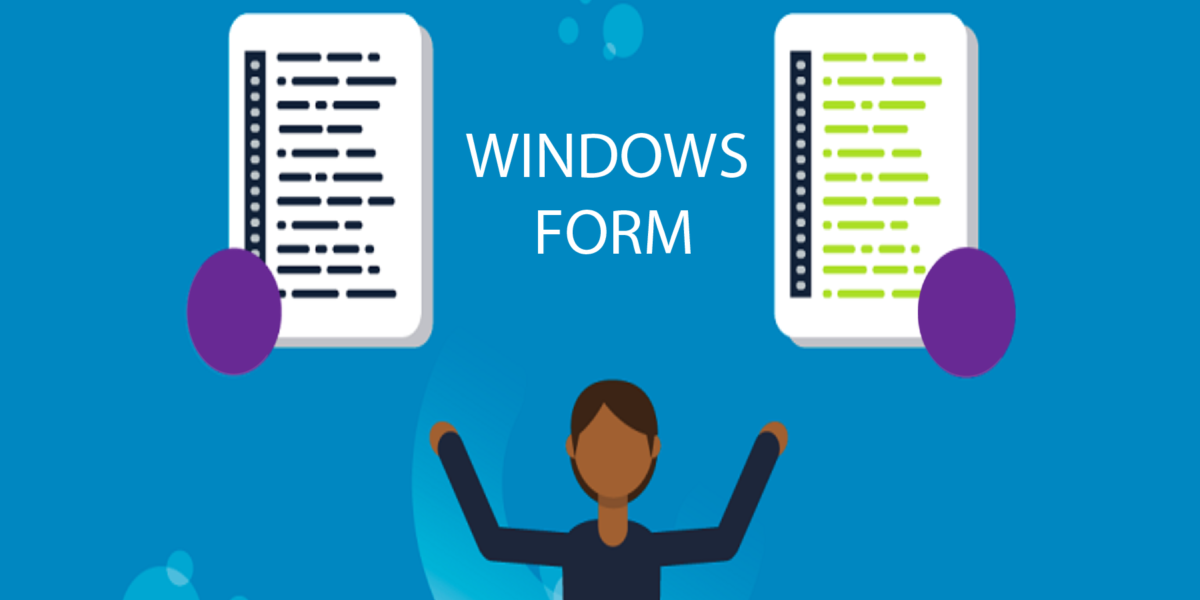 Do you want to start immediately or above timing does not suite? We will be able to help with 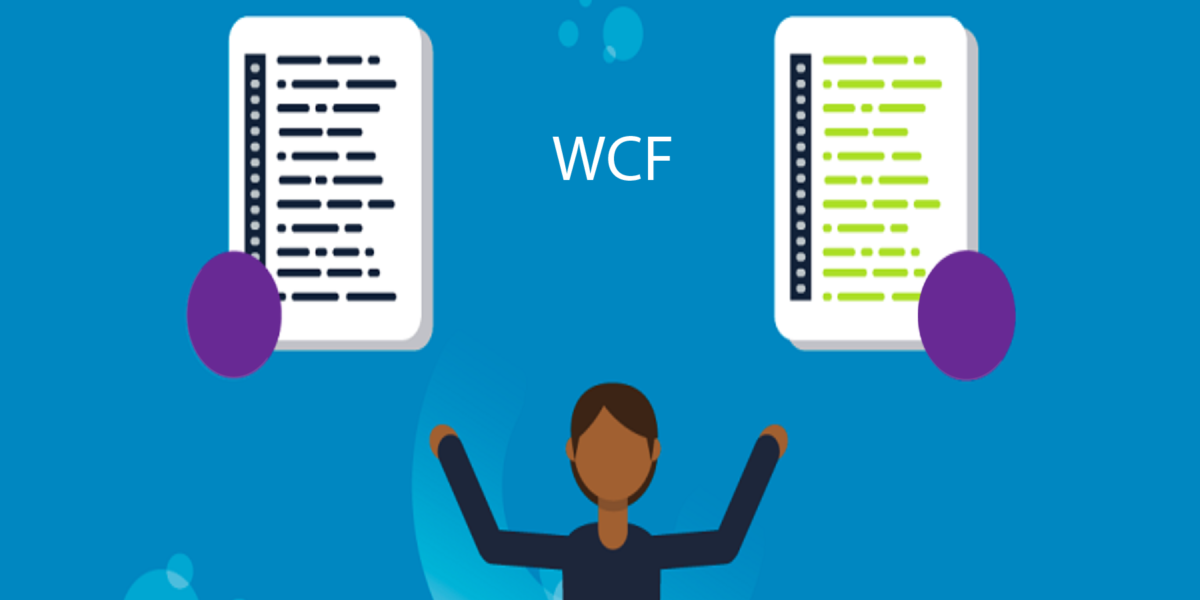 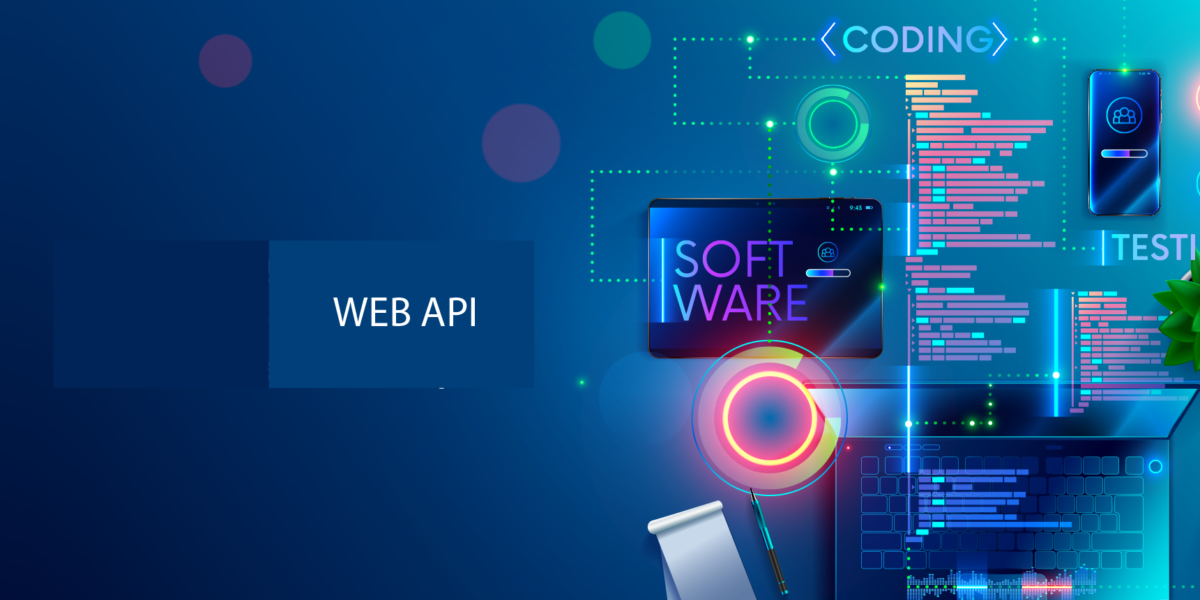 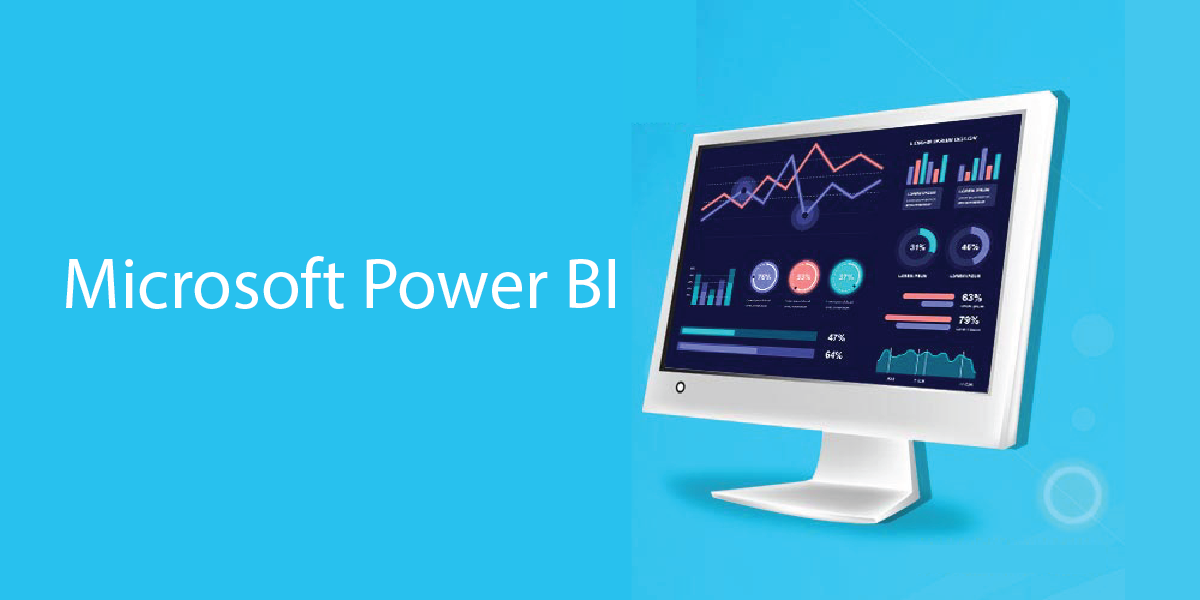 IQ Stream Technologies is one of the top Microsoft Power BI training institute. 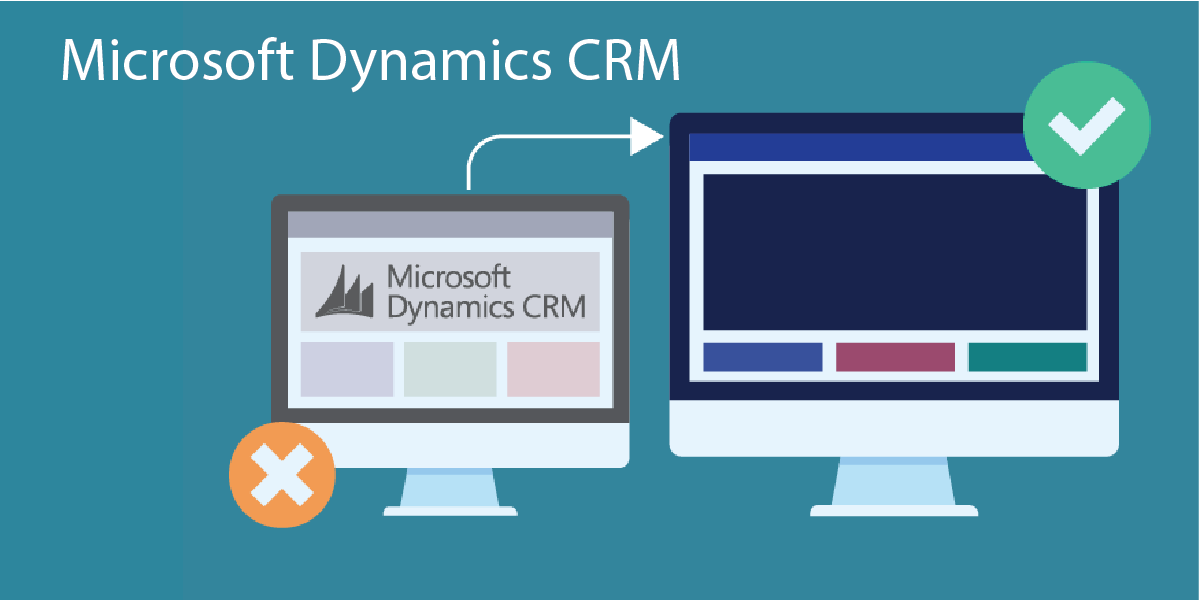 IQ Stream Technologies is one of the top Microsoft Dynamics CRM training institute.