Q1- What’s the trade-off between bias and variance?

Bias is error due to erroneous or overly simplistic assumptions in the learning algorithm you’re using. This can lead to the model under fitting your data, making it hard for it to have high predictive accuracy and for you to generalize your knowledge from the training set to the test set.

Q2- What is the difference between supervised and unsupervised
machine learning?

Q3- How is KNN different from k-means clustering?

K-Nearest Neighbors is a supervised classification algorithm, while kmeans clustering is an unsupervised clustering algorithm. While the mechanisms may seem similar at first, what this really means is that in order for K-Nearest Neighbors to work, you need labeled data you want to classify an unlabeled point into (thus the nearest neighbor part). Kmeans clustering requires only a set of unlabeled points and a threshold: the algorithm will take unlabeled points and gradually learn how to cluster them into groups by computing the mean of the distance between different points.

Recall is also known as the true positive rate: the amount of positives your model claims compared to the actual number of positives there are throughout the data. Precision is also known as the positive predictive value, and it is a measure of the amount of accurate positives your model claims compared to the number of positives it actually claims. It can be easier to think of recall and precision in the context of a case where you’ve predicted that there were 10 apples and 5 oranges in a case of 10 apples. You’d have perfect recall (there are actually 10 apples, and you predicted there would be 10) but 66.7% precision.

Q6: How is Bayes’ Theorem useful in a machine learning context?

Despite its practical applications, especially in text mining, Naive Bayes is considered “Naive” because it makes an assumption that is virtually impossible to see in real-life data: the conditional probability is calculated as the pure product of the individual probabilities of components. This implies the absolute independence of features — a condition probably never met in real life

Q8- Explain the difference between L1 and L2 regularization.

Q9- What’s your favorite algorithm, and can you explain it to me in
less than a minute?

This type of question tests your understanding of how to communicate complex and technical nuances with poise and the ability to summarize 7/30/2017 41 Key Machine Learning Interview Questions with Answers https://www.springboard.com/blog/machine-learning-interview-questions/ 9/23 quickly and efficiently. Make sure you have a choice and make sure you can explain different algorithms so simply and effectively that a fiveyear-old could grasp the basics!

Q10- What’s the difference between Type I and Type II error?

Don’t think that this is a trick question! Many machine learning interview questions will be an attempt to lob basic questions at you just to make sure you’re on top of your game and you’ve prepared all of your bases. Type I error is a false positive, while Type II error is a false negative. Briefly stated, Type I error means claiming something has happened when it hasn’t, while Type II error means that you claim nothing is happening when in fact something is. 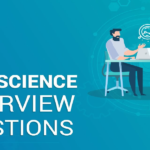 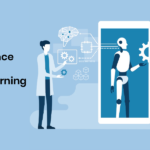